Hello girlies! The first month of 2022 has already come to a close, and fashion is still in its nascent stage, as such there is much remaining influence from 2021, a hallmark year of fashion in many forms. However, early 2022 trends have started to emerge and most of them are carrying over similar themes from what was already present in 2021. One of the greatest fashion legacies of 2021 was the popularization of certain fashion aesthetics (cores) which dominated social media, especially the Tik Tok side of fashion. Summer, specifically, was a notorious hallmark of this phenomenon with the apple girl (Emma Chamberlain-esque, claw-clip, tote bag) and Born to Die (cherries, heart-shaped sunglasses, checkered print) aesthetics to name a few. The mass appeal of fast fashion brands such as Shein enables cores, as people are able to purchase mass amounts of clothing, at a questionable quality, for insanely low prices. 2022 will hopefully bring fashion back to a healthier and more long-term cycle of trends, and encourage the use of more sustainable brands or at least minimalism in terms of fast fashion. 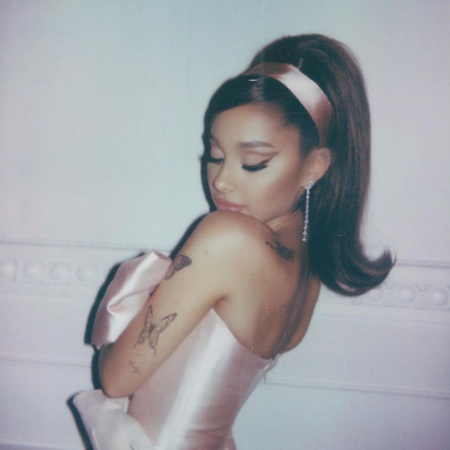 Corsets and the general victorian-inspired dress silhouettes were huge in 2021, likely coinciding with the release of the cult-Netflix fave Bridgerton. While wearing actual corsets as tops has seemed to fade into a small sect, mostly resembling dark coquette, more cinched/padded waists in dresses have remained in style and are often marketed as corset-dresses. Most non-high fashion brands are unable to pick up the social media microtrends until they are exiting their peak, and this is likely why the corset dress is still being pushed at consumerists (Pretty Little Thing, I’m looking at you). The 2022 legacy of this is the related trend of long gloves, specifically with sleeveless tops, which will continue Victorian core well into the new year.  Furthermore, the rise of ballet core, another old-worldish, ethereal core has recently been taking over. 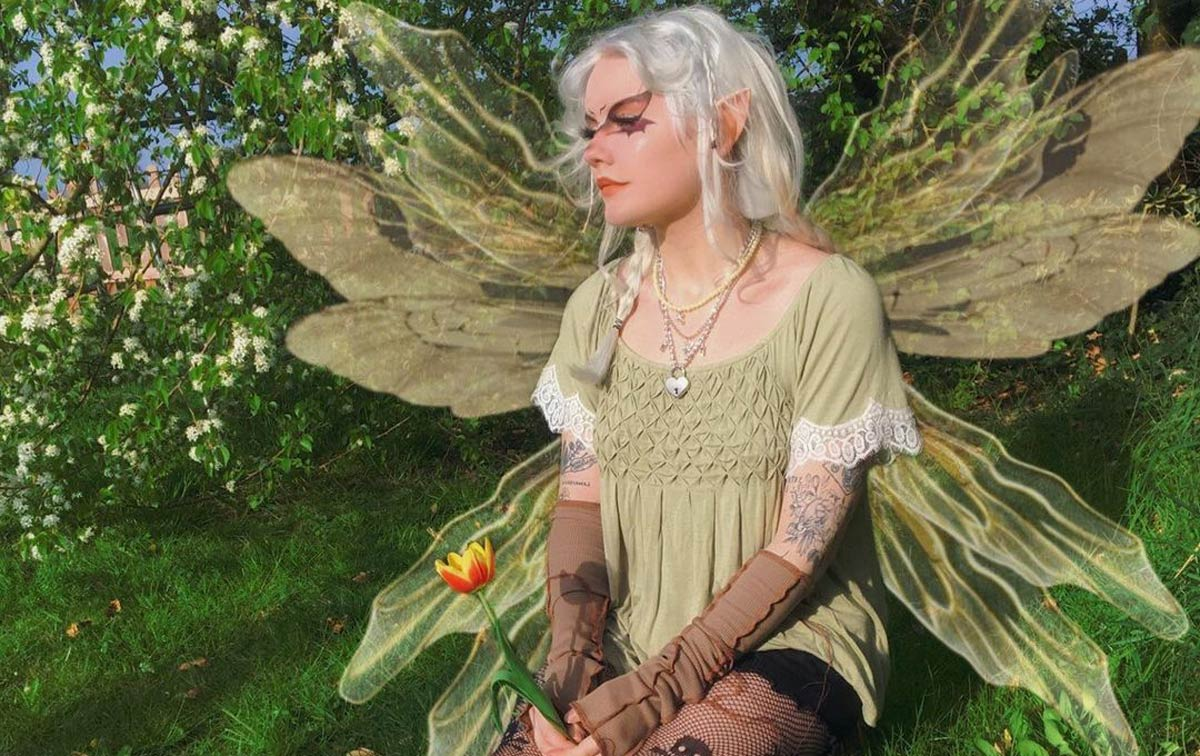 Fairycore (faecore), the corest of the cores, in my opinion, revolutionized the fashion world into making “core” an acceptable and recognized term for an aesthetic. It was preceded by its’ notorious, and vastly inferior aunt, cottagecore, which still unfortunately  haunts a certain deluded subculture, fairycore is relatively self-explanatory, initially consisting of pastels, loose silhouettes, hair ribbons, florals, and crystal/silver jewelry. Fairycore’s vice-like grip on the mainstream faded out in the fall with the similar earth-toned, grungy Twilight craze as the entire series was released on Netflix in late August. However, instead of relinquishing its complete hold on fashion society, fairycore mostly completely transmuted into a darker side: grunge fairycore. Grunge fairycore leaned into themes of the dark forest, moss, reflecting the darker season which it took over in; switching the color palette from pastels to dark earth tones. Grunge fairycore is also all about layers, the more the better usually with petticoats, gloves, ripped tights. While the darker aesthetic will never reign as much of a trendsetter as its lighter foil, it’s place in the fashion world is likely permanent and represents a growing general interest in crystals, witcraft, and herbs. 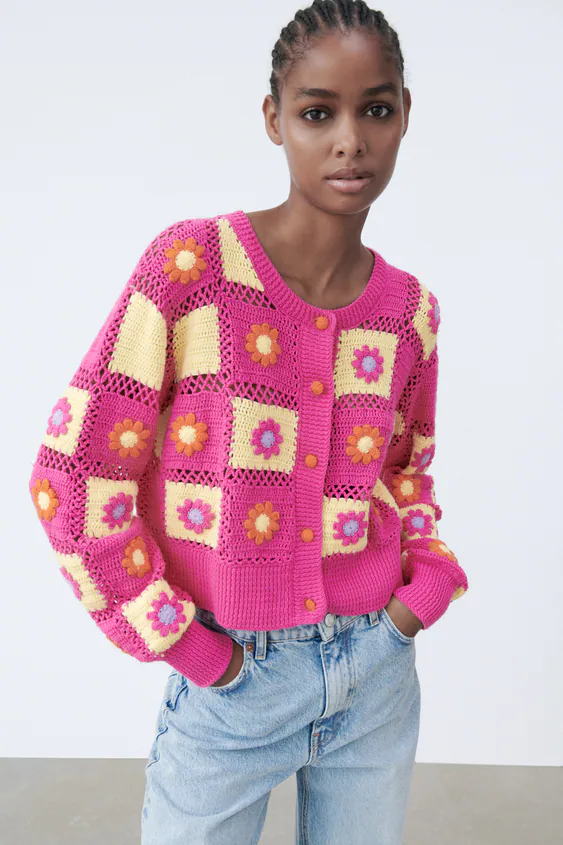 Next, another prominent trend of 2021 was the 1970s revival, best seen through psychedelic prints, flared jeans, and eclectic knitwear. Zara really capitalized on these trends, with their printed blouses and massive knitwear collections during the past year, which are usually geared towards the millennials that Zara caters to. However, this trend found a way to appeal to a younger audience with the creation of cardigan and fuzzy  tank top matching sets, usually featuring loud psychedelic inspired prints. A general theme of more adult silhouettes and “professional” wilder patterns being worn by younger people is probably the clearest legacy of this trend, specifically with more formal mini skirt and blazer sets (very Clueless, very Fallon Carrington) that have been all over Cider lately. I must say that I approved of the 1970s being a more than worthy replacement of the Y2K 2020-21 revival tour’s dominance which has mostly faded into nothing more than a pipe dream, I hope for 2020 the trend of traveling 2 decades further back continues. I would welcome a 1950s revival akin to the fashion in The Queen’s Gambit which would incorporate some 70s reminiscent patterns in different, more classy, mediums. 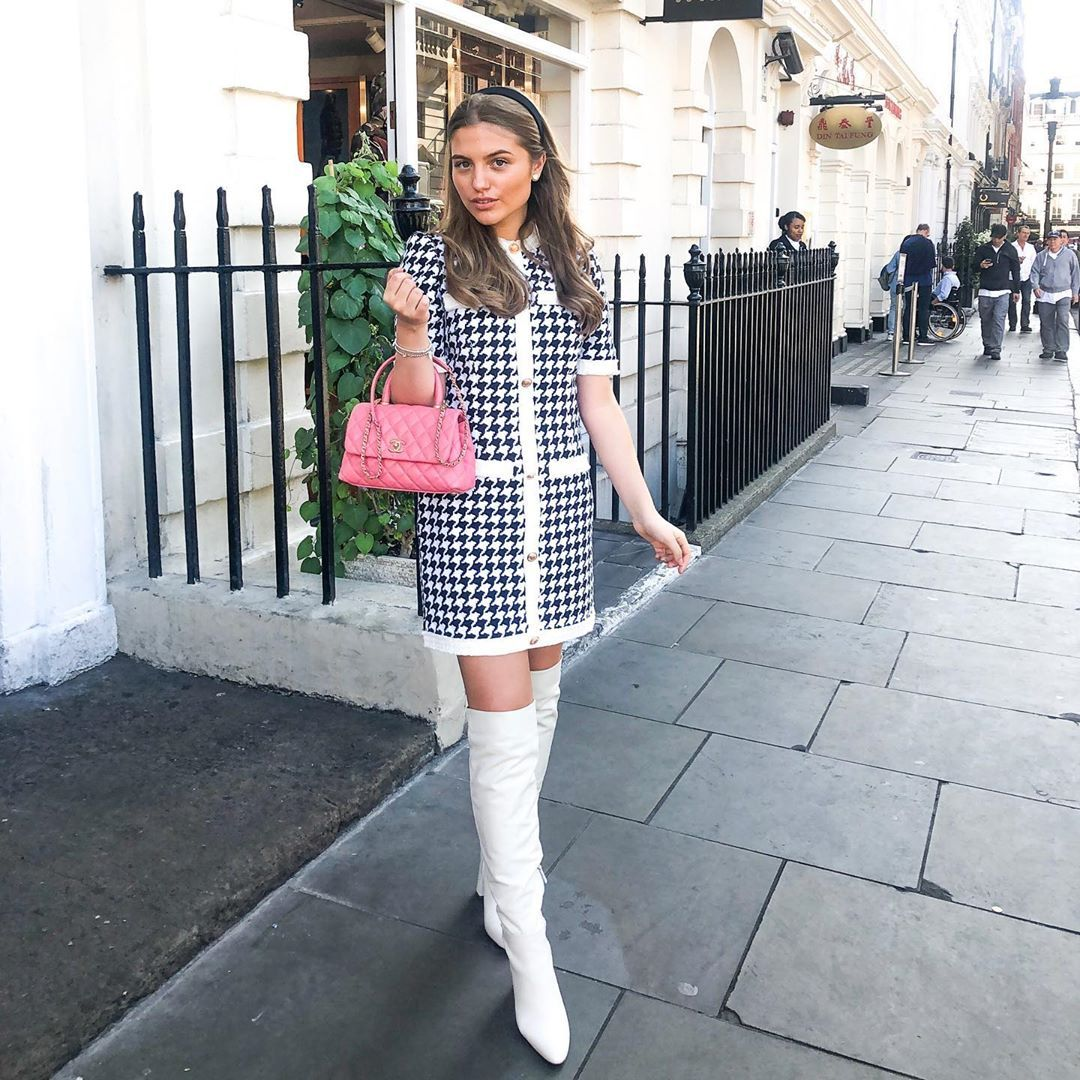 Speaking of Fallon Carrington, we have our final core of 2021: Old Money Yacht Girl Core. While this name is more of my personal creation, I thought it encapsulated the Gossip Girl yet vintage Parisian fusion aesthetic perfectly. Think vintage Chanel, headbands, berets, blazers, thigh highs, and so much more that just screams classy. If I had to pick a favorite core, this would definitely be it. It definitely made it’s moment with the oversized blazer and white button down shirt dresses that all of the it-girls were sportiting all year long. The Old Money Yacht Girl core is definitely a favorite of high fashion models alike (Kendall, Bella, Gigi, Hailey), off the runway, a step up from Model Off Duty if you will, who have always incorporated more business-like pieces in their wardrobes. Brandy Melvillle also seems to be carrying on this core’s legacy with their ever present selection of cable knit sweaters and collared items. It influence will likely remain in the fashion world along with all things preppy, which mostly speaks to the legacy of Gossip Girl, in other words: forever.

If there is anything that encapsulates fashion, it is that it is cyclical and social media has illustrated this best. There were so many more cores of 2021 that I did not even begin to touch on, and there will likely be many, many more to come this year. But 2021 has shown that the cores and all of the microtrends, do carry some albeit small, respective legacies which gives hope for a return to the longer cycles of fashion, or at least the demonization of Shein. Tumblr appears to also be making a return, which is something to be wary of, but personally the infinite possibilities of whatever transformation the fashion world is about to undergo just seem too exciting.