I would like to open this by issuing a thank you to the costume designers of Euphoria for taking the time to take me and this article into consideration when dressing the cast this week. While I was somewhat disappointed by the plot content of this episode, I found that the outfits left absolutely nothing to be desired.

At the time of writing this, I’m absolutely beside myself with excitement for Sunday’s episode (especially for Lexi’s play.) But while we wait, let’s take a look at this week’s outfits.

This has to be the perfect outfit for plotting your revenge on your ex-boyfriend and best friend, and Maddy wears it well. She’s wearing a black lace-up tank top, which posesses the perfect amount of both sophistication and murderous intent, and jeans. The outfit is so very Maddy, even when she’s having a casual day of babysitting she still looks powerful and in control.

For some reason, however, the jeans seem sort of off to me, I just can’t figure out why. Perhaps the wash looks weird with the black, or they seem to be walking the line between mid and low-rise, a personal pet peeve of mine in jeans. 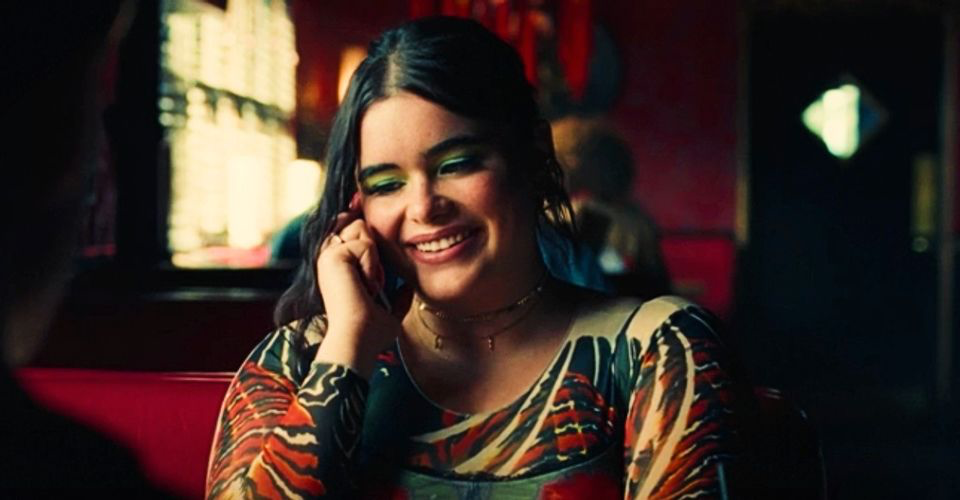 I like this outfit, I do. But it’s really not something that you wear to break up with your boyfriend at a restaurant that has some sort of Luke Danes-adjacent ban on cell phones. If Kat wore this to the club, or more realistically, a house party, I’d have different feelings on it. It’s too vibrant and dramatic for such an intense setting, it makes the scene so much more comical (which was perhaps intentional.)

Regardless of setting, the outfit is cute. She’s wearing a tropical-printed long-sleeve dress and a gold choker necklace. Kat’s also wearing the same makeup look that she wore in Episode 2 of this season in the bathroom scene with Maddy and BB.

It’s my hope that the Fexi couch scene will placate the masses somewhat, and I won’t have to hear about it everytime I open TikTok. I don’t have anything against Fexi, but I don’t have a vision board of them on my Pinterest like some of you people. I’ve accepted that I’m never going to understand the appeal, and I wish those who do the best of luck in their Fexi-related ventures.

But anyways, back to the better Howard sister. Lexi spent the day with her hair in rollers (excellent choice, you have my approval Lexi) to go over to Fez’s house in a black jumpsuit and mustard yellow T-shirt. I really like this outfit, I think it’s so Lexi but done in a much more casual way, but I do think that it’s a little bit boring. Obviously she’s only going over to her drug dealer love interest’s house, but come on Lexi, you slayed so much more in the last episode to only get less screentime than the dog that Rue robbed.

I feel like it should be known, if it wasn’t before, that I do love a good loungewear set, they’re my secret weakness. In some weird way, the fact that Cassie was wearing a matching set actually made me like her more. In doing research for this article, I discovered that this entire outfit is from Brandy Melville, which I found to be extremely funny for some reason. Can’t you just picture Cassie entering Brandy Melville and instantly being asked to apply? She’d probably blush and reject their offer but then subtly brag about it for the next four years of her life, long after Brandy has been reduced to an obsolete artifact.

I do like this outfit, even if I absolutely despise the actions that she was performing whilst in it, and hope that she gets better soon and develops some self-esteem. Sorry Cassandra!

I felt that the outfits for this episode deeply exemplified what exactly was happening in the characters’ pysches, more so than is typical for Euphoria. I’m partially horrified, partially intrigued to see what will occur on Sunday! See you next week.